MIIR’S first investigation is out! 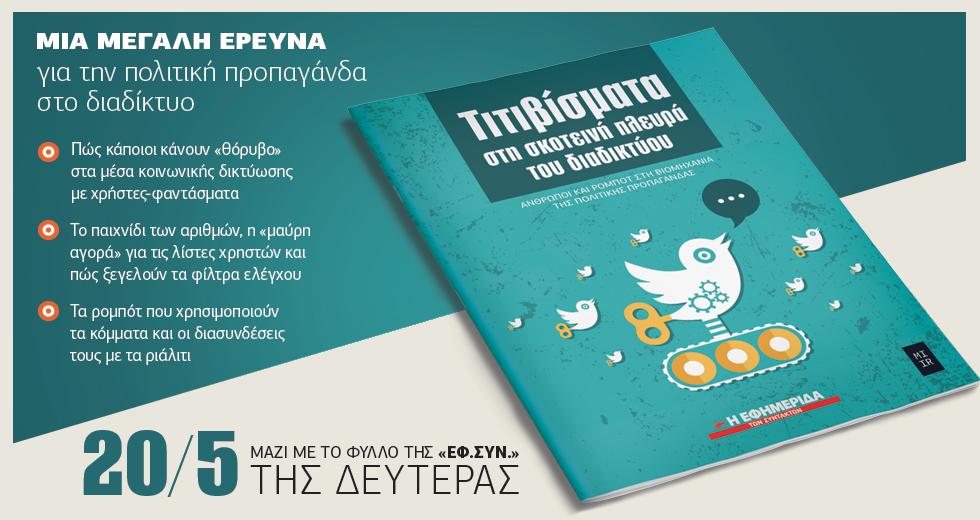 MIIR may have been officially founded on January 2019, but its data-driven seedlings were planted earlier, in the form of twitter bots. Since December 2018, the MIIR team has been painstakingly working on tracking automated twitter accounts. All, in order to answer the following questions? Is automated political propaganda part of the Greek political discourse, and how large of a part it does it occupy?

How does it function and what kind of political content is being disseminated? Thousands of accounts have been analyzed, and annotated while the relations between them have been mapped and visualized with the aid of custom-build algorithmic tools.

Not all seeds germinate, but this one led to MIIR’s first investigation. Automated political propaganda features quite heavily in Greek political twitter, with political content from both of the main political parties being amplified by bots.

You can read the investigation here and also find a print version in today’s “Efimerida ton Syntakton” newspaper.

And don’t forget to subscribe to our newsletter, to receive more updates from our team.