An unemployed Roma woman with a disability, or a transgender Muslim refugee. How many layers of exclusion and discrimination can be packed into just a few words?

How many legal provisions would one have to invoke in a simple interaction between these two citizens and a public service or a private company in order to obtain equal treatment with a well-off white male European citizen? Perhaps a law student would find the question difficult to answer. But in the context of a Europe where people have seen their lives get harder for the last decade, and where after two years of pandemic they find themselves looking forward to a winter without heating or electricity, the debate about anti-discrimination is becoming difficult. And it goes beyond law.

In Greece, the implementation of anti-discrimination laws is supervised by the Greek Ombudsman. Every year he issues a special report on “equal treatment”, following Laws 3896/2010 and 4443/2016, as well as the recent 4808/2021 all of which incorporate European law.

Half of the reports concern discrimination against women

The Ombudsman’s most recent report, for 2021 and published in June, recorded 1,054 complaints, 11% more than in 2020. Of these, 49% concerned discrimination on grounds of gender, while 25% related to disability or chronic condition, 12% to marital status, 4% to age, 3% to national or ethnic origin, 3% to social status, 2% to religious or other beliefs, 1% to race or colour, and 1% to sexual orientation, identity or gender characteristics.

It is interesting that the majority of gender discrimination was suffered by working women with children. This comes at a time when conservative and rightist circles are questioning the right of women to control their own bodies, on the grounds of “protecting the life of the unborn child”.

“Over a five-year period, 50% of the reports received annually by the Ombudsman […] concern issues of discrimination between men and women”, highlights Kalliopi Lykovardi, Assistant Ombudsman for the discrimination portfolio. “What we have seen is a steady annual increase in reports on disability discrimination issues, but also a gradual increase concerning discrimination on the grounds of marital status – for example, different treatment if a person is in a civil partnership rather than married, or a single parent, or a foster parent. In contrast, there is a consistent under-reporting of issues relating to ethnic/racial origin, religious beliefs, sexual orientation, identity or gender characteristics”.

In the cases of Roma people and refugees, where the source of discrimination is their different ethnic or racial origin, what the Greek Ombudsman is trying to highlight are the underlying structural problems and the particular vulnerability of this population group. […] “The inequalities and social exclusion of Roma are extremely complex and difficult to resolve”, Lykovardi says. […] “An explosive cocktail is created by the confluence of different identities in the same person, such as Roma woman, refugee woman, LGBTI refugee, refugee with disabilities, etc., where the potential for multiple and intersectional discrimination is always present and acts as an aggravation”. 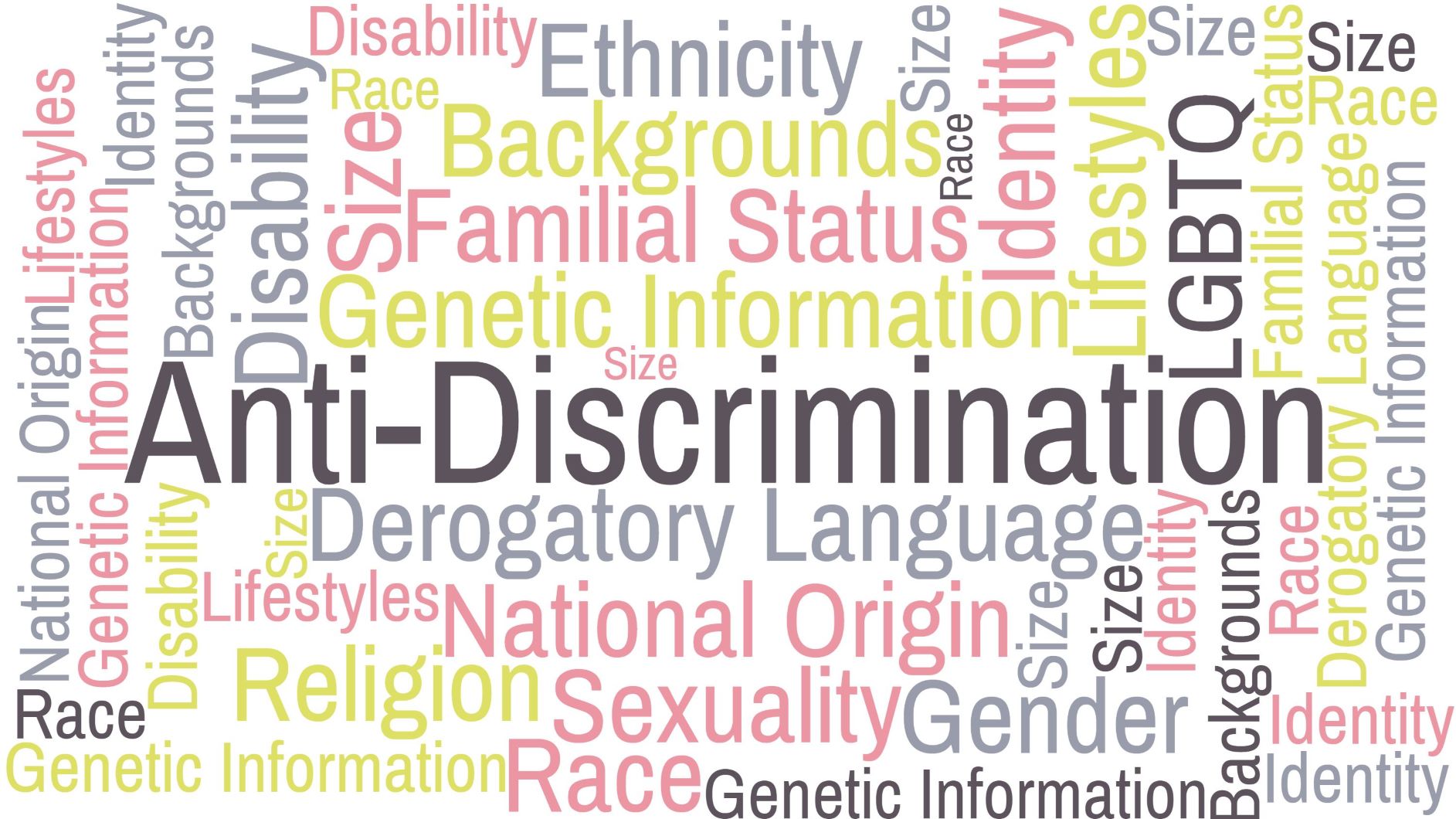 The specific legislation on discrimination comes in the form of an incorporation of EU law. This legislation seems to be more of an attempt to transfer law rather than to accommodate the domestic needs and data of the Greek reality. A big problem in Greece is the fact that there is no official relevant data. This fact affects both the design and implementation of policies and laws.

“It is obvious that this also makes the work of the Ombudsman more difficult” Lykovardi comments. “Policies for Roma cannot be effective if you do not know their exact number or the number of individual groups (e.g. Roma with disabilities). The legislation sets out a framework for protection and this is positive. It can be a starting point for further development and gradual progress”.

At the same time, the current framework has problems in its implementation. The main one is under-reporting.

“One can note an obvious discrepancy between real-life discrimination and the numbers of reports, i.e. 1,000 reports per year” Lykovardi admits. “This especially concerns certain fields, such as ethnic/racial origin, and sexual orientation. We know empirically that the discrimination suffered by these people is much more than what is recorded in terms of complaints”.

Another aspect is the issue of judicial protection and access to justice, where the costs are high. Legal aid is not always adequate and is often extremely time-consuming and therefore ultimately ineffective.

“Justice could provide answers to many questions” Lykovardi says. “But the administrative route is not always easy either. The communication gap between victims and the relevant institutions is wide. This is where the institutions themselves and civil-society organisations need to help.

Reluctance to strengthen the institutional framework against Roma discrimination

Andreas Takis is Chairman of the Board of the Hellenic Union for Human Rights, and Assistant Professor at the Law Faculty of the Aristotle University of Thessaloniki. He has served as Secretary General of Immigration Policy of the Ministry of Interior (2009-2011) and Assistant Ombudsman, in charge of the Human Rights Circle (2003-2009). Regarding the implementation of anti-discdimination policies in Greece, Takis underlines that  “the legislation has certain problems because what is not obvious is that discrimination concerns daily routines in the country that go beyond the Ombudsman’s control. […] His function is not of a coercive nature, it is advisory. Further, we have a huge number of daily discriminations that intertwine with each other and exclude entire populations, as in the case of the Roma. There has been a lot of talk for years – politically it is constantly being undermined at EU level by countries with large numbers of Roma people – to finally come up with a directive which improves the existing European directives concerning the conditions of Roma in Europe”.

Unfortunately, given the social precarities of our time, horizontal tensions are increasing. The organs of the state that administer daily life, such as the police, often have a huge range of discriminatory behaviours.

But not everything goes in the wrong direction. Takis recalls the effort to renew legislation in other areas, such as LGBTQ groups. “In our country this was focused on the iconic issue of civil partnership”, remarks.

There is another huge hole in European legislation. The idea of fighting discrimination in the EU, which is a single area of justice, security and freedom – this is something that refers solemnly to human rights, to equal treatment. But the underlying concept concerns the free movement of persons within the European area as workers.

“The issue is the interchangeability of all those living within the EU, as elements of a large market. However, this primarily concerns Europeans”, Takis asserts. “It is not clear how equal treatment concerns so-called third-country nationals, non-European citizens. This is a crucial fact given that for 20 years we have been living with mass migration, whether in the form of refugees or economic migration, and with multiple forms of integration of people into the social fabric of European countries, especially on the basis of accumulated years of residency.

We have people who have been residents for 30 years, 20, 10, 5 years or a few months. What is the point at which these people can benefit from the equal treatment promised by European legislation? In practice it is only if they become European citizens”, Takis points out.

For everyone else, Takis wonders, “is there a point at which discriminatory behaviour is something to be fought regardless of whether you are European, even from the first day you are here? Being treated inhumanely by the police because they just found you in Evros, does that have nothing to do with discrimination on the basis of race or origin or ethnicity or religion?

So this is the heart of an intractable issue of diversity in the EU, and whether being a space of democracy and freedom means anything. These will be hot issues in the coming years. I am not optimistic”, concludes.

Political will and ideological progress is required

For Dimitris Christopoulos, Professor of Political Science at Panteion University, former president of the International Federation for Human Rights, there will always be  patterns of discrimination in a class-based society. “Some are always below others. Sometimes it’s the gender criterion, so at one point it was women” Chirstopoulos comments. “Then new groups came into the story, minorities. All these groups have their own internal stratifications – i.e. the refugee woman, the unemployed Roma  woman. Multiple characteristics that are superimposed, creating a crust of discrimination that is practically impenetrable”.

To begin to address this, it is not enough to say that we have laws, according to Christopoulos. “It takes a lot of political will, a lot of ideological progress. Only then will society start to accept that an elected government’s role is to reduce and mitigate social discrimination”, concludes.

This article has been produced within the project “INGRID. Intersecting Grounds of Discrimination in Italy” financed by the European Commission, Rights, Equality, Citizenship programme 2014-2020.